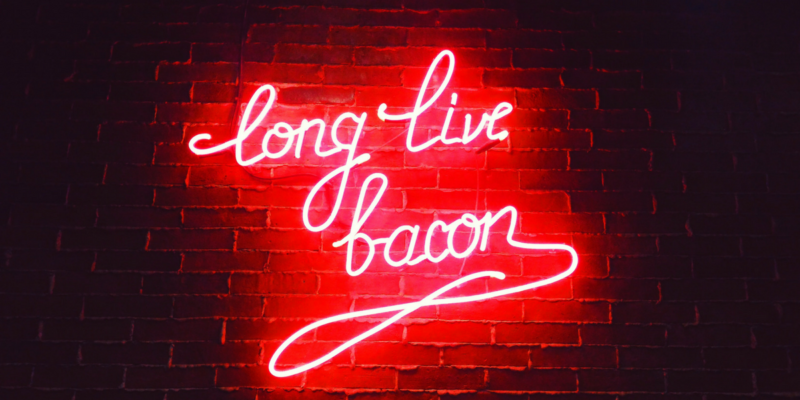 Imagine a life…without…BACON! Ok, too scary? Well, it wasn’t that long ago that we didn’t eat bacon for breakfast at all. Pre-1920s, more American breakfasts were considered very modest by today’s standards, consisting of porridge, some fruit, maybe a roll and some coffee for a caffeine kick.

Edward Bernays, who is often referred to as, “The Grand-Daddy of Public Relations and Advertising” changed the breakfast game forever. Beech-Nut Packaging company approached Bernays in the 1920s because they had a dilemma on their hands; their supply of bacon was greater than the demand. Beech-Nut Packaging needed a greater demand for bacon to increase their pork sales, and Bernays saw this challenge as an opportunity for growth.

Bernays knew that to change the behaviors of the American people, he needed to leverage the opinions of individuals in influential positions. He set forth to discuss with a “suspicion” of his with an internal agency doctor. Bernays “believed” that a heavier breakfast was better for the American people’s health. The doctor confirmed that Bernays suspicions were true and set off to write a letter to 4,500 other respected physicians to validate his conclusion. An overwhelming majority of the physicians agreed that a heavier breakfast was a healthier option for breakfast as it would give people the energy they needed for a strong start to their day.

Soon thereafter, newspapers across the United States with headlines like, “4,500 Physicians Confirm a Heavier Breakfast is Better for Your Health” flooded the streets. Beech-Nut Packaging later confirmed to Bernays that after this PR stunt, bacon sales had increased dramatically.

And that, ladies and gentlemen, is why you eat bacon and eggs for breakfast.

Isn’t it amazing how PR and advertising can affect the way people think and act in everyday life? Our habits and tendencies are shaped by our surroundings, from the clothes we wear to the food we eat. It is our responsibility as a community to be aware of the outside forces that influence our decision-making process and determine for ourselves what our healthiest path is.

“We are governed, our minds are molded, our tastes formed, our ideas suggested, largely by men we have never heard of.”