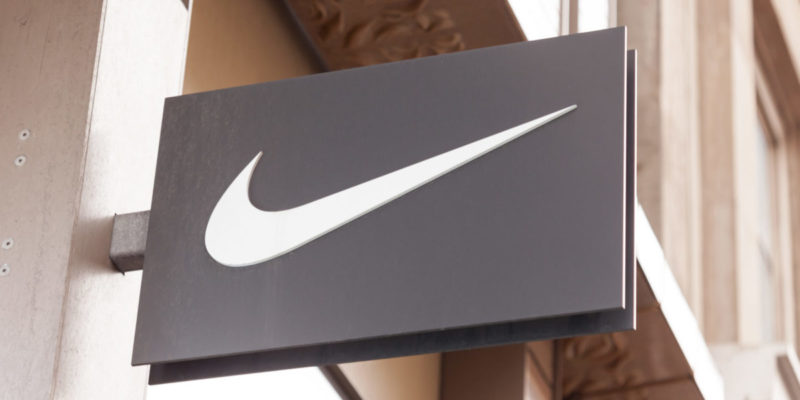 No, this isn’t current news. Nike is absolutely crushing the shoe market. They are the largest supplier of athletic shoes worldwide, with a recently released Q4 revenue of $10.2 billion. Their swoosh logo is one of the most recognizable icons on the planet, and they continue to strategically put themselves in the center of public controversy whether to stir a buzz or stand for something they truly believe in.

Love them or hate them, it almost seems as though Nike can “do no wrong.”

However, things weren’t always this way for the now retail giant. Like any brand, they started with humble beginnings. And, like many other brands, they had a fight or flight moment that almost put them belly up.

In 1977, Nike was on a huge upswing. They were not only gaining market share but were becoming a fashion statement with celebrities. They had recently launched their new “There Is No Finish Line” campaign which was considered a huge advertising success. As Nikes sales increased, Converse suffered. The once iconic high-top sneaker brand was losing market share at a rapid rate.

Converse wasn’t rolling over that easily. If brands could talk, the transcript would have gone a little like this…

Nike: Bro, people just aren’t into you like that anymore.
Converse: But we had something special…
Nike: HAD. It’s over! Times have changed!
Converse: *death stare at Nike*
(Converse calls Keds)
Converse: Keds, I know how we can put an end to this Nike clown.
Keds: YES! ON MY WAY!
(Converse and Keds meet up and speed off to US Customs Service)
Converse: What if I told you an old law states that Nike owes you $25 million?
US Customs Service: *nearly spits out beverage* HA! HOLD MY BEER

Ya, that’s right. Nike wakes up to a $25 million bill from the US Customs Service for a readjusted customs price. And it wasn’t a joke. Converse and Ked’s found a loophole in a dated pre-depression law called the American Selling Price (ASP). The law stated that the duty charges for benzidine chemicals, sherry stone clams, and athletic footwear with synthetic upper soles could be assessed not at the factory cost of the goods, but the America wholesale price of those goods.

Nike had been paying a 20% tax on the average cost of their imported shoes, average a tax cost of 50 cents per shoe. However, due to the ASP, Nike was actually responsible for paying taxes on the wholesale price of their good. The average sneaker in America was selling for $30 at this time, so Nike a 20% tax rate on this was $6. The additional cost of $5.50 might not seem huge, but when you view the sheer number of Nike shoes that were selling, the numbers were staggering.

Nike owed the bill, due immediately. The problem, Nikes sales in 1977 were under $25 million total. Additionally, Nike was consistently reinvesting almost every dollar they made each year back into their business. This wasn’t the golden ages of bank loans and venture capital lending; Nike had literally bootstrapped their business and hadn’t turned much of a profit yet. Times were bleak. Nike looked dead.
Nike was named after the Greek Goddess of victory. The brands culture was built on winning, and that’s exactly what they planned on doing. They devised the following plan, which ended up catapulting them into the largest seller of athletic apparel worldwide:

1) Counter Lobby – When someone tells you that you owe them $25 million out of the blue, that usually raises a few red flags. Nike knew they were going to have to pay, but they weren’t just handing over this check. They didn’t have the money, and who wants to just hand over that much cash?

2) Campaign – Nike was building more then a shoe company, they were building a culture. They pulled at the heartstrings of the American public with a campaign that stated; if this little shoe company goes out of business, a little bit of Yankee freedom dies with us. What was happening to Nike wasn’t fair. It was just a group of people trying to accomplish the American Dream who were being taken advantage of by envious competitors and a dated law.

3) New Product Line – Nike started producing a shoe called “One Line” in Exeter, New Hampshire. Strategically pricing the shoe to be barely profitable, this adjusted the ASP calculator for what it cost to manufacture a shoe and reduced the perceived cost of importing their shoes by 66% which would significantly reduce the amount of money they owed customs.

4) Time – The real strategy here was time. Nike was catching fire, and the organization bet on themselves. Sales were increasing year over year, and Nike knew their competitors were behind them in the marketplace.

Nike’s strategy helped them drag the ASP battle out for three years from 1977-1979. In this time, Nikes sales went from $25 million in 1977 to a staggering $149 million in 1979. Not only could Nike now afford to pay their bill, but lobbying efforts had been successful. Their total due was now only $9 million, which they grudgingly paid.

Better yet, years later Nike was able to successfully remove the dated ASP from legislation altogether. Nike successfully went public in 1980 and has consistently been at the top of the ranks in athletic shoe apparel ever since. Not to mention, Nike even went as far as buying Converse in 2003 after the high-top brand went bankrupt in 2001… HA!

This near bankruptcy in 1977 for Nike was a true testament to their willingness to fight. All brands say they stand for something, but when push comes to shove, they don’t all rise to the occasion. So, what can we learn from Nike? Don’t just BOAST something, DO something. When someone tells you you’re dead, show ‘em your teeth!

If we all take this attitude, I think we would all be amazed on what we could get done. Like Nike says and does, JUST DO IT.

(Side note, we can also learn that a good legal department is key in understanding laws and lobbying. Oh, and advertising can get you out of a jam. Just saying.)